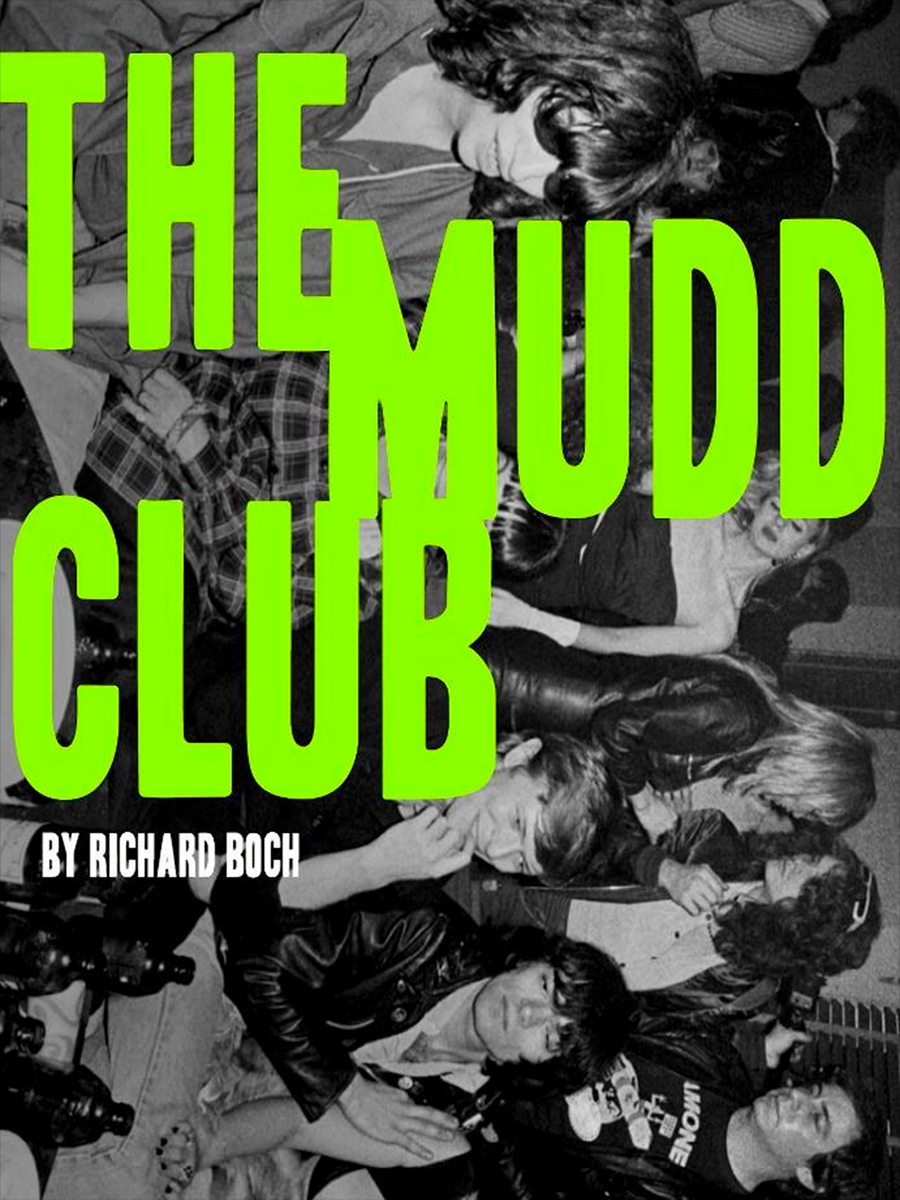 The legendary Mudd Club. You probably couldn’t get in. Jean-Michel Basquiat and Jeff Koons partied with David Byrne and Lydia Lunch. Uptown cognoscenti flirted with the children of the outer boroughs as they brought the Wild Style to the City.

The downtown New York scene was more than punk, it was a mad brilliant chaos of cheap rent and experimental art. The Mudd Club was its nexus, the place that birthed the Eighties. Keith Haring claimed membership while Andy Warhol was only a guest.  Debbie Harry learned to rap from Fab Five Freddy while Klaus Nomi practiced arias and served home-cooked pastries.

The decadence lasted only from 1979 to 1983 but artist Richard Boch was there for every single moment. As the doorman of the legendary Mudd Club he saw everything and remembers it all. “Standing outside, staring at the crowd, it was “out there” versus “in here” and I was on the inside. The Mudd Club was filled with the famous and soon-to-be famous, along with an eclectic core of Mudd regulars who gave the place its identity. No Wave and Post- Punk artists, musicians, filmmakers, and writers living in a nighttime world on the cusp of two decades. There was nothing else like it? I met everyone, and the job quickly defined me. I thought I could handle it, and for a while, I did. “