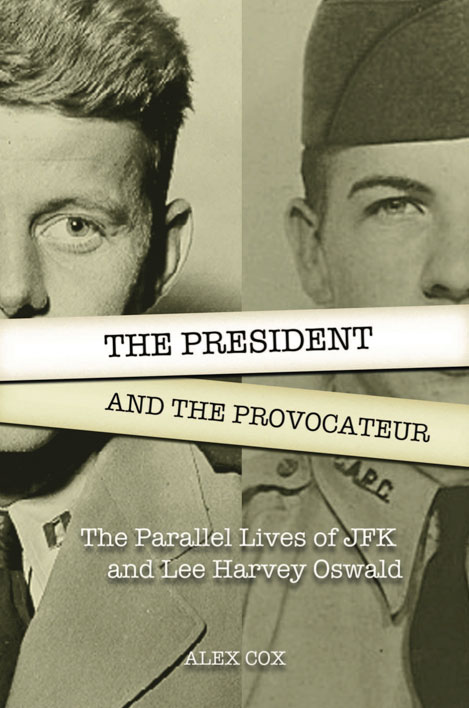 The President and the Provocateur

The Parallel Lives of JFK and Lee Harvey Oswald

President John F. Kennedy was said to have been murdered by a lone crazed gunman in a Dallas motorcade a half-century ago. The accused killer, Lee Harvey Oswald, was also murdered under mysterious circumstances just a couple days later.

Legendary independent filmmaker Alex Cox, like most of the American and British public, does not buy into the moth-eaten establishment tale about the regicide. The President and the Provocateur is not the usual conspiracy volume, and is structured almost like the film Rashomon, including varying views of the story with different fonts and sizes.

The Kennedy assassination saga has obsessed Alex Cox (Repo Man, Sid & Nancy) for most of his life. The President and The Provocateur is Cox’s informed meditation on the conspiratorial tale, and as such is an imaginative rendering of the parallel structures of the lives of John F. Kennedy and Lee Harvey Oswald.