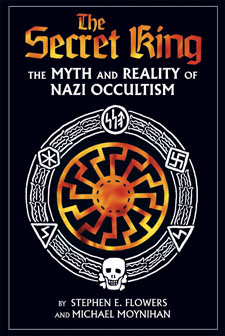 The Myth and Reality of Nazi Occultism Revised and Expanded Edition

What role did the occult really play in the Third Reich?

Sinister tales circulate about the occult roots of Nazi Germany, but little documentation has ever been uncovered — until now. The Secret King reveals the true story of Heinrich Himmler’s “Rasputin,” the magus Karl Maria Wiligut, commissioned by Himmler to write private reports on runes and ancient Germanic traditions, and to preside over secret SS ritual ceremonies. Translated into English for the first time, documents seen within this book allow a glimpse into the strange world that enchanted high-ranking officials of the notorious totalitarian state.