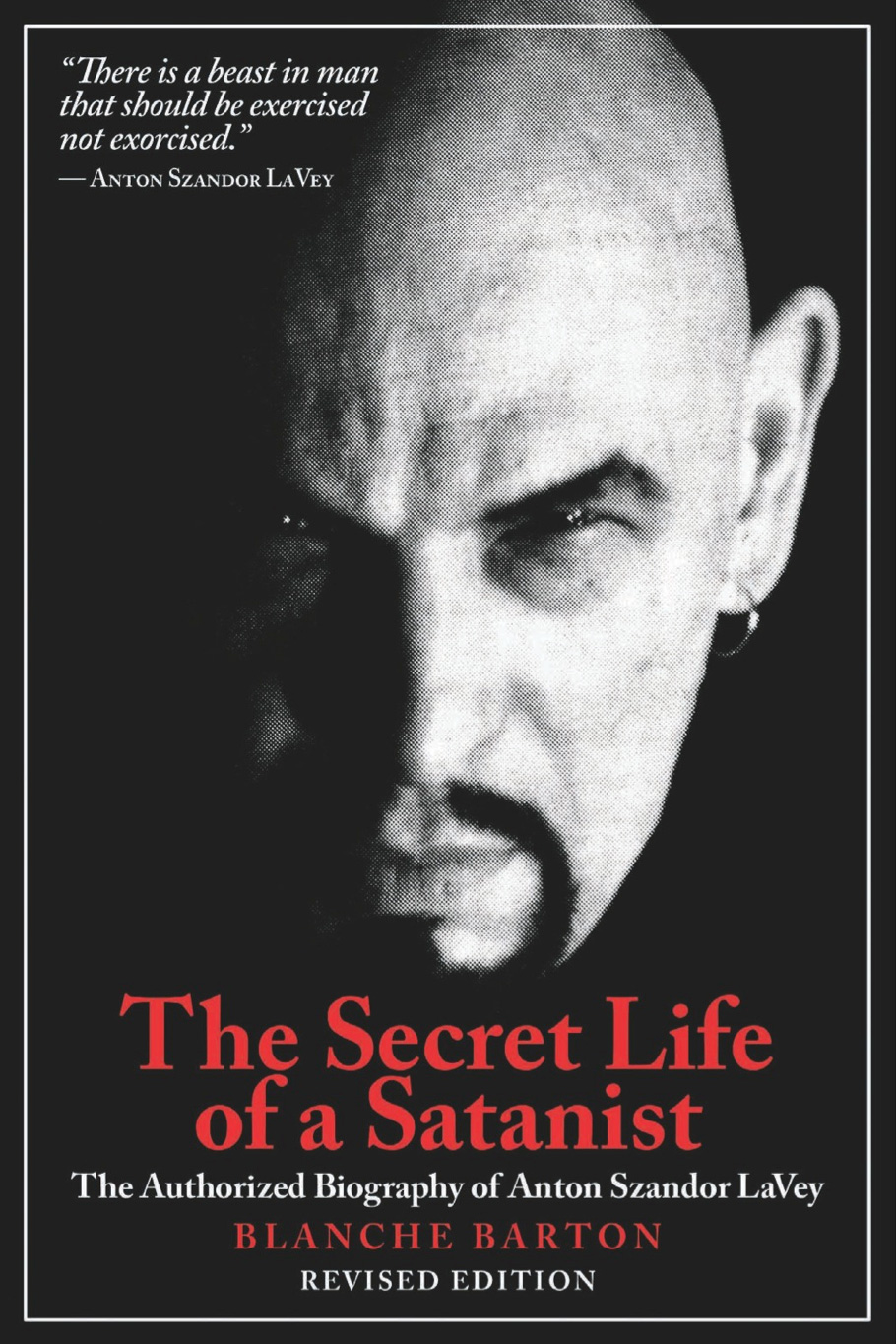 The Secret Life of a Satanist

The Secret Life of a Satanist steps behind the curtain with the founder and High Priest of the Church of Satan.

What is contemporary Satanism, and why would one start a church dedicated to the Dark One? It wasn’t a rebellion against an oppressive religious upbringing; it was Anton Szandor LaVey’s disgust with most of humanity. Drawing from Jack London, H.L. Mencken, Friedrich Nietzsche, Marquis de Sade, George Bernard Shaw, John Milton, Benjamin Franklin, and a host of reprobates, with a large dose of alchemy and black magic, LaVey formulated a philosophy that deeply resonated with him.

LaVey did not worship Satan; he paid homage to the rebellious spirit of innovation, defiance, and self-reliance that the archetype embodied. His background as a musician, circus lion trainer, hypnotist, and police photographer is covered here. The author, who later became his paramour and mother to his only son, was allowed extraordinary access to documents concerning his life, testimonies from people who had known him for years.

After the original publication of this biography in 1990, LaVey and Blanche Barton fought through the Satanic Panic together, and guided the Church for another seven years. This revised edition adds a dozen new and never-before-seen images.