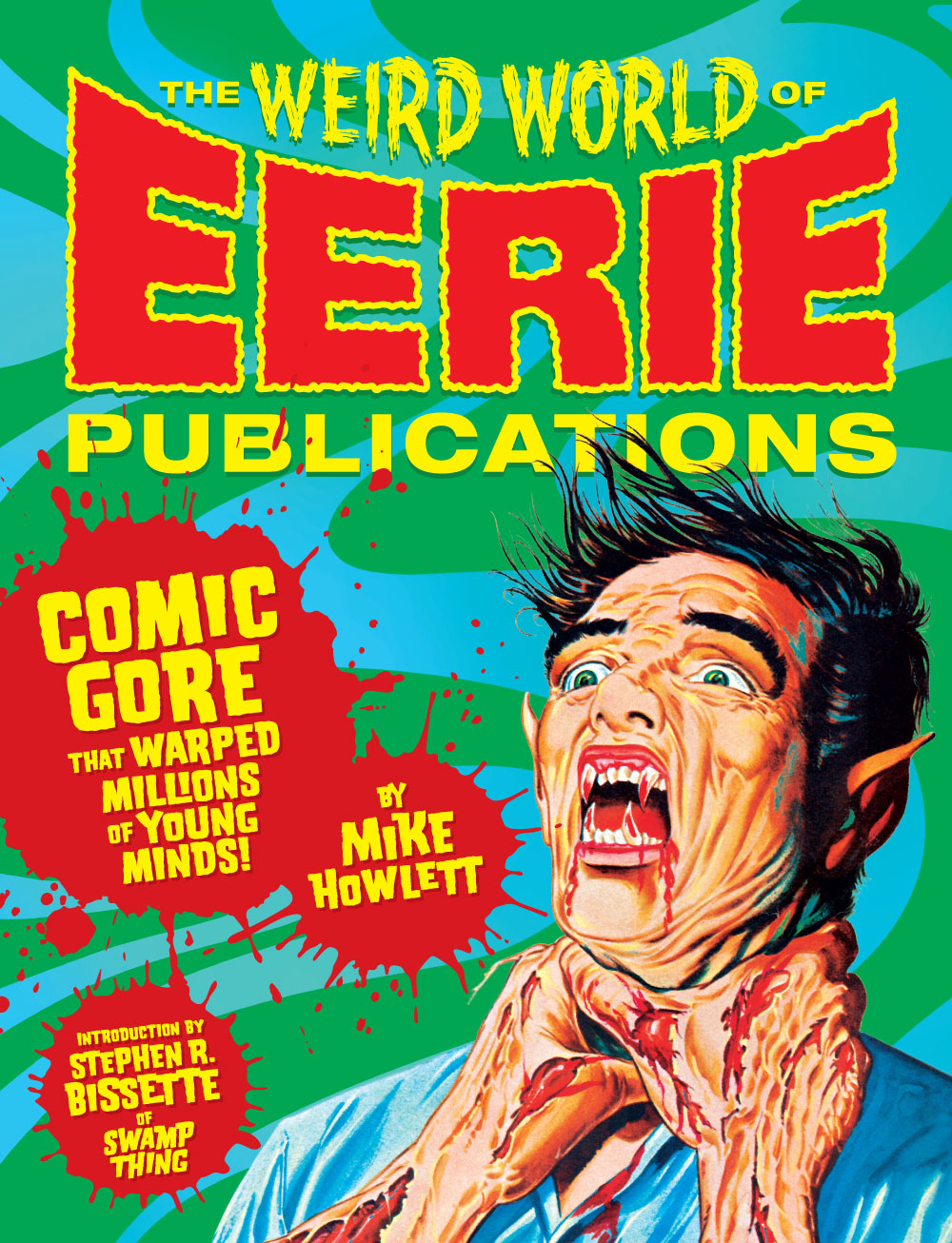 The Weird World of Eerie Publications

Eerie Publications’ horror magazines brought blood and bad taste to America’s newsstands from 1965 through 1975. Ultra-gory covers and bottom-of-the-barrel production values lent an air of danger to every issue, daring you to look at (and purchase) them.

The Weird World of Eerie Publications introduces the reader to Myron Fass, the gun-toting megalomaniac publisher who, with tyranny and glee, made a career of fishing pocketbook change from young readers with the most insidious sort of exploitation. You’ll also meet Carl Burgos, who, as editor of Eerie Publications, ground his axe against the entire comics industry. Slumming comic art greats and unknown hacks were both employed by Eerie to plagiarize the more inspired work of pre-Code comic art of the 1950s.

Somehow these lowbrow abominations influenced a generation of artists who proudly blame career choices (and mental problems) on Eerie Publications. One of them, Stephen R. Bissette (Swamp Thing, Taboo, Tyrant), provides the introduction for this volume.

Here’s the sordid background behind this mysterious comics publisher, featuring astonishingly red reproductions of many covers and the most spectacularly creepy art. Watch the trailer below: