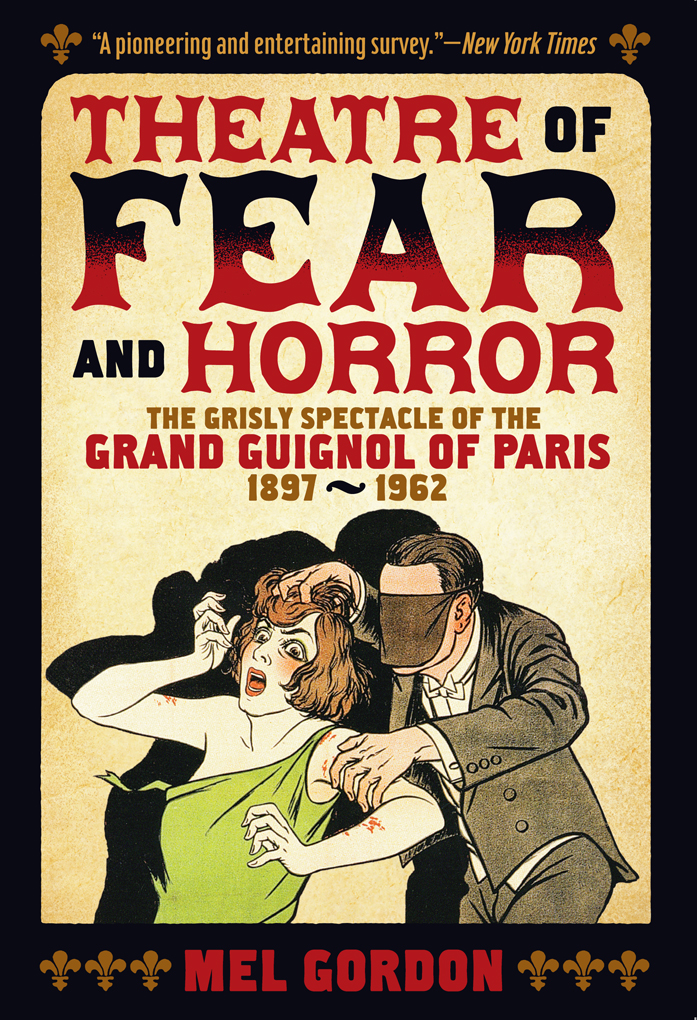 Theatre of Fear and Horror

The Grisly Spectacle of the Grand Guignol of Paris
1897-1962

Rediscover the Paris stage sensation devoted to gruesome depictions of violence and sex, now with a color insert of posters.

“Bloodcurdling shrieks, fiendish schemes, deeds of darkness, mayhem and mutilation—we all have a rough idea of what Grand Guignol stands for. But until now it has been hard to find out much more about it than that. According to the American theater historian Mel Gordon, no major history of the theater so much as mentions it, although it is a form of entertainment that held its own on the Paris stage for more than half a century. But Mr. Gordon has made a thorough job of filling the gap.”—John Gross, The New York Times

Here is the expanded edition of classic outré book, The Grand Guignol, first published in 1988 and now long out of print.

Like the original anthology, it includes an illustrated introduction to the theater of Paris and abroad, a breakdown of its stage tricks, a summary of one hundred plots, extensive photo documentation, André de Lord’s essay, “Fear in Literature,” and two originally produced Grand Guignol scripts.