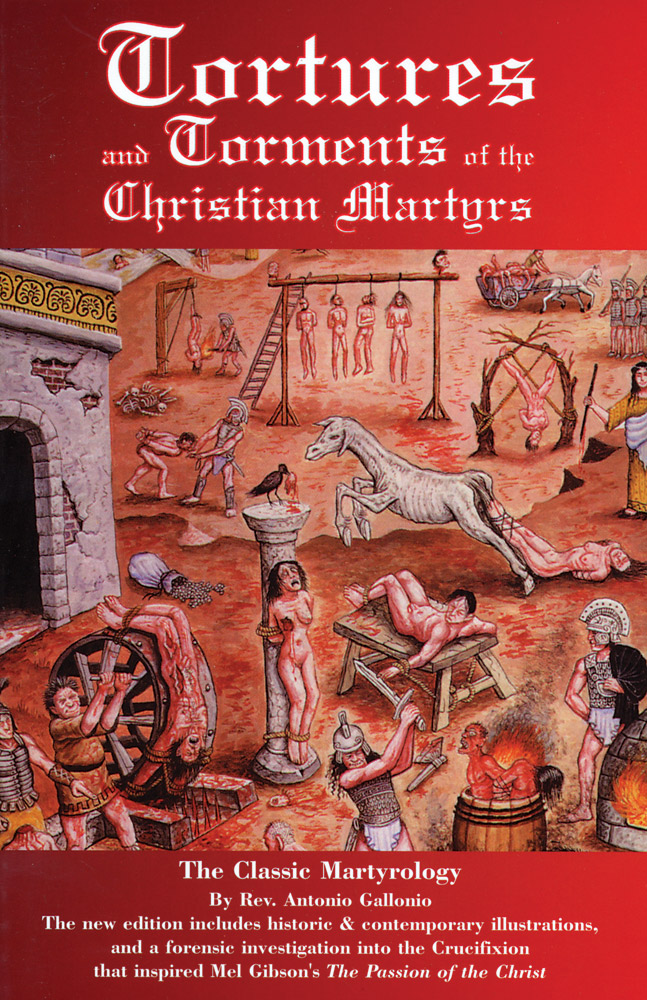 Tortures and Torments of the Christian Martyrs

Feral House issued the gruesome Catholic martyrology, TORTURES AND TORMENTS OF THE CHRISTIAN MARTYRS, back in 1989. This irreverent release, complete with illustrations by contemporary artists and murderers, also contained a medical investigation into the Crucifixion (reprinted with permission from the Journal of the American Medical Association), a scholarly article evidently appropriated by none other than Mel Gibson for his bloody meditation on Jesus.

Says Peter J. Boyer in the 9/15/03 issue of The New Yorker: “Gibson seems to have relied heavily upon [“On the Physical Death of Jesus Christ”], which describes the Roman tools of punishment… the choreography of the infliction… and its severity… All these elements are directly reflected in Gibson’s film.”

In recognition of The Passion of The Christ, Feral House re-released the bloody martyrology, complete with “On the Physical Death of Jesus Christ,” the entirety of the 16th-century martyrology with its original engravings, combined with illustrations executed specifically for the Feral House edition by fine artists, underground cartoonists, tattoo artists and convicted murderers.

Engravings from the 1591 Edition by Antonio Tempesta

Notes on the Origin and Scope of the book by A.R. Allinson and Adam Parfrey

“Blasphemous and obscene… [caters] to the gags-and-whips crowd… Something to offend almost everyone.”
— Los Angeles Times