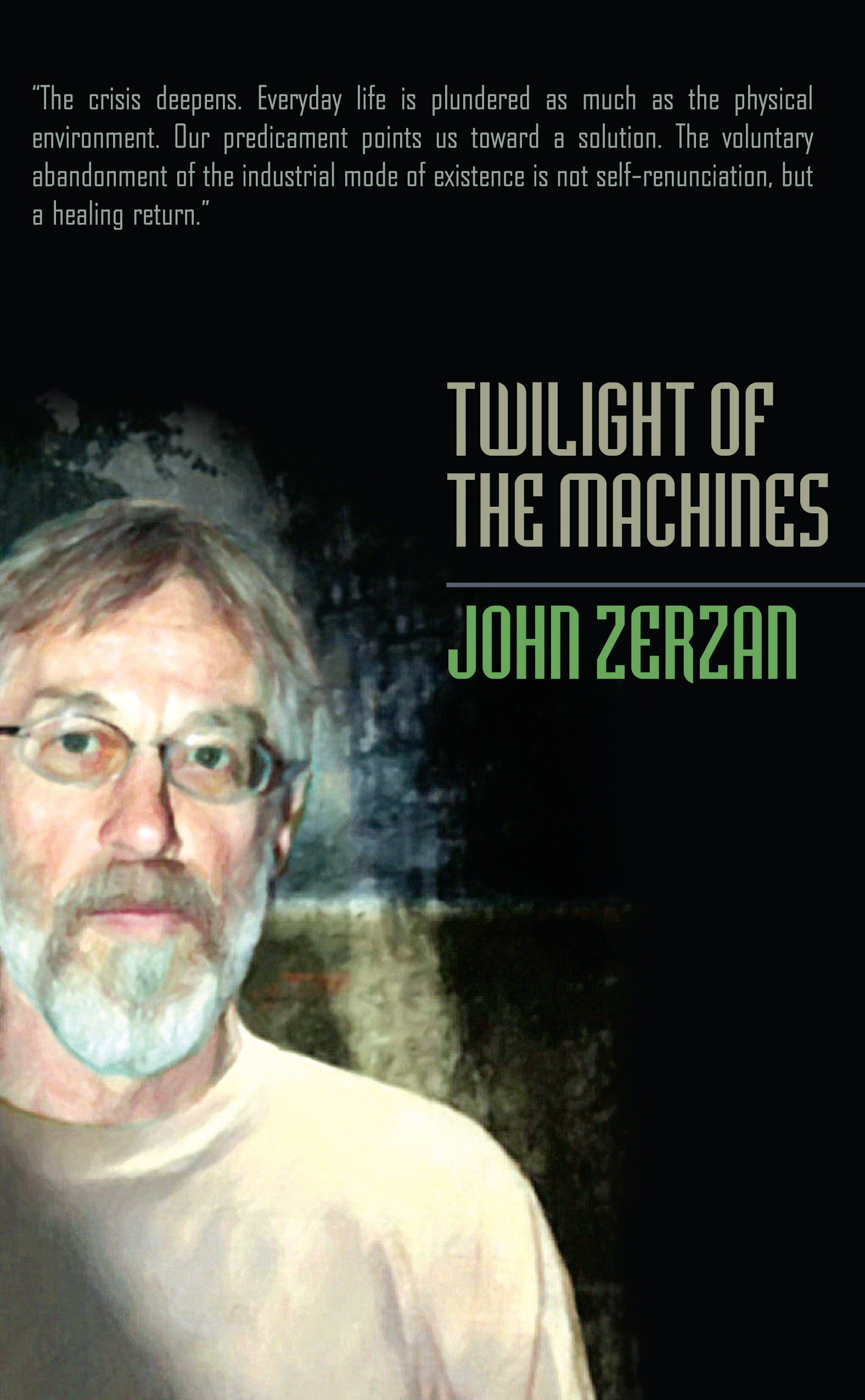 Twilight of the Machines

“The crisis deepens. Everyday life is plundered as much as the physical environment. Our predicament points us toward a solution. The voluntary abandonment of the industrial mode of existence is not self-renunciation, but a healing return.” — from Twilight of the Machines

The mentor of the green anarchist and neo-primitive movements is back with his first book in six years, confronting civilization, mass society, and modernity and technoculture—both the history of its developing crisis and the possibilities for its human and humane solutions.

As John Zerzan writes, “These dire times may yet reveal invigorating new vistas of thought and action. When everything is at stake, all must be confronted and superseded. At this moment, there is the distinct possibility of doing just that.”

John Zerzan can now credibly claim the honor of being America’s most famous anarchist. His writing is sharp, uncompromising, and tenacious.”—Derrick Jensen, Utne Reader

Previous works from John Zerzan include Elements of Refusal, Future Primitive, Against Civilization, Running on Emptiness, and Questioning Technology. He has also contributed to Apocalypse Culture, Telos, and Fifth Estate. An Oregonian with degrees from Stanford University and San Francisco State University, he is an editor of Green Anarchy magazine.