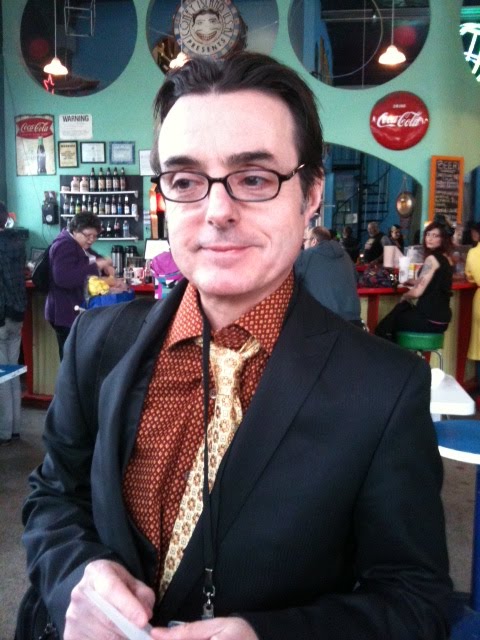 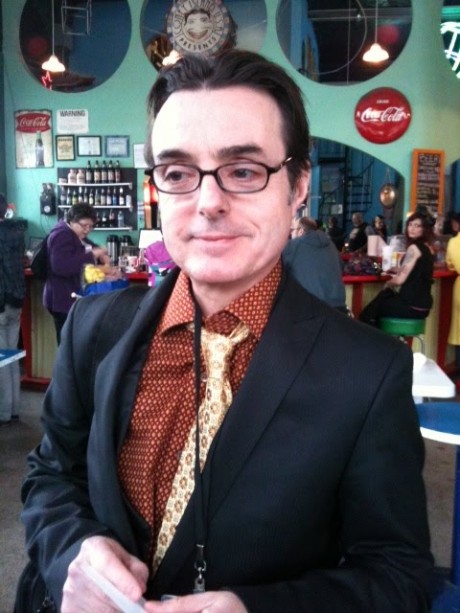 A friend called me the other day to tell me that a guy named Mark Dery insulted me in a book titled I Must Not Think Bad Thoughts.

Yes, Mark Dery, the guy whose review of Apocalypse Culture for the LA Weekly in the early ’90s was more of a personal insult rather than a critique. And then in 2000 he followed this up with a negative portrayal of Apocalypse Culture II, in which he portrayed me as endorsing “wet-brained conspiracy theories about Waco, and his creepy with coziness with one too many neo-Nazis and Odin-worshipping Aryan supremacists.”  Never mind the fact that we never wrote conspiracy theories about Waco, though we have mentioned that we respected the Academy-nominated documentary, Rules of Engagement, which had actual footage revealing government forces murdering children and unarmed adults.

Most of all, why would this social critic try to discourage the fair-minded folks in the publishing business from selling Feral House books created by such a bastard who hates Down Syndrome children and goosesteps with fascist friends? Why does he choose to ignore our publishing history and the publishing of many titles with an investigative, leftist and anarchist slant, including three volumes that the anarchist publisher, AK Press, reprinted in whole?

Could the slime-throwing have something to do with some sort of competitive feeling? Dery’s book The Pyrotechnic Insanitarium was often mentioned in reviews as being oddly reminiscent of  my Apocalypse Culture books, and Dery also expressed with hostility in his L.A. Weekly review that his favorite novelist, J.G. Ballard, gave Apocalypse Culture undeserved plaudits?

What about Dery’s claims that “[Parfrey] insists on a more exalted status than the Charles Kuralt of our psychic badlands: that of a Luciferian Noam Chomsky, speaking the awful truths about The Conspiracy and the Dictatorship of Political Correctness that the lapdog mainstream media dare not utter.” Exalted status? Luciferian Noam Chomsky? When and where did I ever make these claims? This, like a lot of Dery’s testimony, comes without supporting evidence, and is only true because Dery says it is.

The slime is thrown once again in a chapter of the recently published, I Must Not Think Bad Thoughts. Says Dery’s friend, 21C blog reviewer Darren Tofts, about Bad Thoughts: “By now he has prepared us for a descent into the rancorous pit of repugnant fucked-up nastiness, an annotated reading of Adam Parfrey’s Apocalypse Culture…  His loathing of Parfrey and his self-styled role as ‘pitchman on the pathological midway’ is worn with pride on the cuffs of the leather jacket he is wont to wear in press photographs.” Predictably enough 21C’s editorial reveals that the mag was unable to make it into print when overseen by Mark Dery, and that “the inaugural on-line issue takes as its theme Apocalypse Noir – the trend toward the apocalyptic, or at the least extremely dark – in contemporary writing.” The 21C issue is dedicated to J.G. Ballard.

Critiques are one thing, but slander is another, and I contacted Mr. Dery a decade ago during a trip to Manhattan, and he enthusiastically agreed to discuss his critique face-to-face—in a friendly way, of course. We agreed to meet at Max Fish’s, a bar on Ludlow Street in the Lower East Side of Manhattan. I sat there for an hour nursing a greyhound, but the critic who “loathes” me never appeared.

Though Dery jokes (and in case you missed it, he repeats the joke twice) that  “Adam Parfrey is the Ron Popeil of fusion paranoia, pop Satanism, bad art, cannibal killers, Jews for Hitler” etc etc. Dery also allows that “he’s got a Meckenesque way with the lacerating one-liner and a nose for great stories.” Could Dery’s loathing also be a form of love?