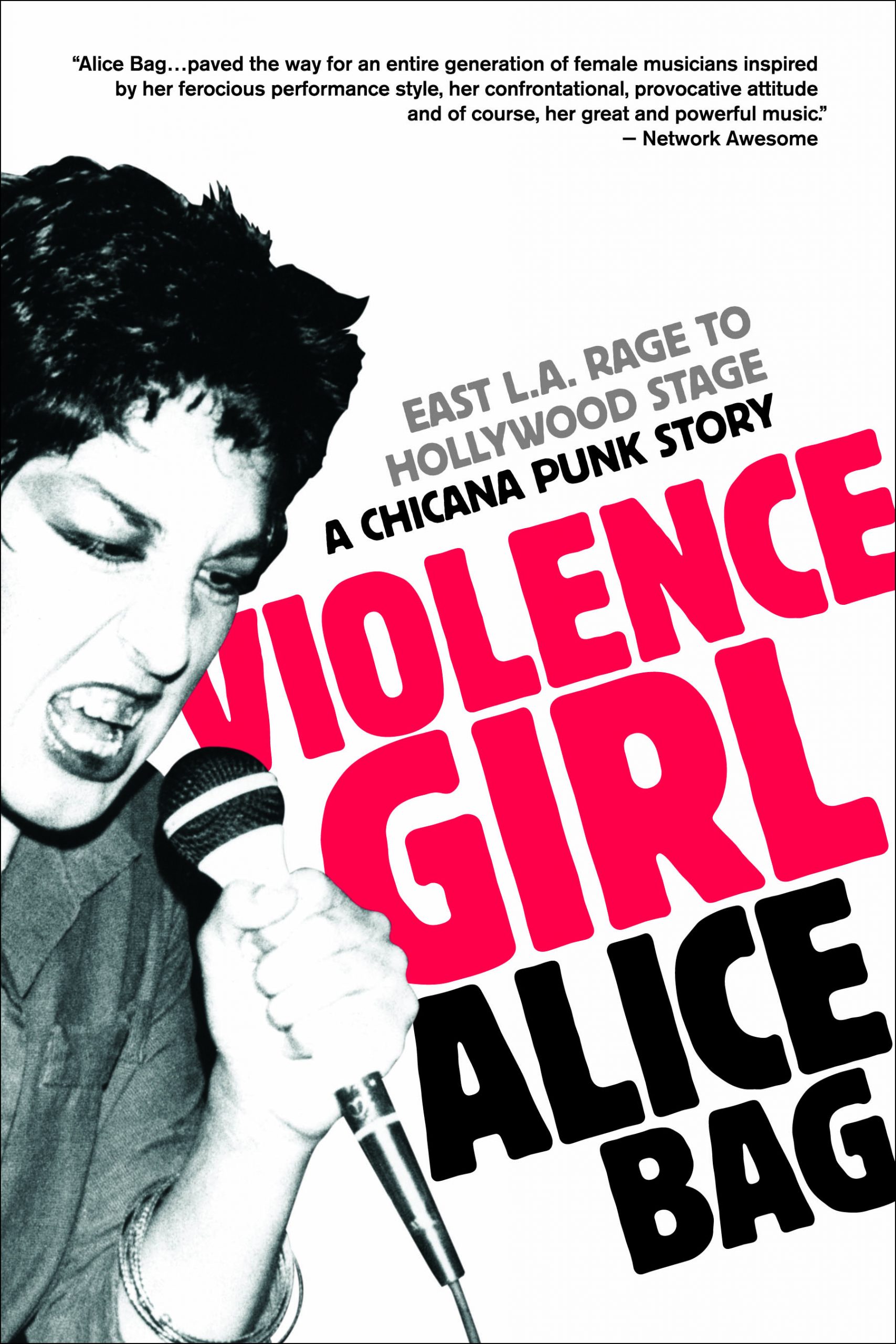 The proximity of the East L.A. barrio to Hollywood is as close as a short drive on the 101 freeway, but the cultural divide is enormous. Born to Mexican-born and American-naturalized parents, Alicia Armendariz migrated a few miles west to participate in the free-range birth of the 1970s punk movement. Alicia adopted the punk name Alice Bag, and became lead singer for The Bags, early punk visionaries who starred in Penelope Spheeris’ documentary The Decline of Western Civilization.

Here is a life of many crossed boundaries, from East L.A.’s musica ranchera to Hollywood’s punk rock; from a violent male-dominated family to female-dominated transgressive rock bands. Alice’s feminist sympathies can be understood by the name of her satiric all-girl early Goth band Castration Squad.

Violence Girl takes us from a violent upbringing to an aggressive punk sensibility; this time a difficult coming-of-age memoir culminates with a satisfying conclusion, complete with a happy marriage and children. Many personal photographs energize the text in remarkable ways. Read three excerpts below.

Alice Bag‘s work and influence can be seen this year in the traveling Smithsonian exhibition “American Sabor: Latinos in U.S. Popular Music.”

“The book’s slices of punk life from thirty-five years ago also document a flashpoint for a city rich with talent and anger, erupting into something completely oppositional to the feel-good, pastoral, and often saccharine Laurel Canyon melodies and glistening surf music of the preceding decade.”
– City Watch LA

“The book is a classic coming of age story with universal appeal, a must read if you have any interest in 1970s Chicana culture or the birth of West Coast punk rock.”
– City Lights

“Bag’s powerful voice, contagious zest for life, and complex thoughts on growing up make this a great read even for those who aren’t punk-rock superfans.”
– Judy Berman, Flavorwire

“Bag is inspiration, Bag is power, Bag’s words fuel. While the world can feel so very separated in terms of language, religion, race, gender, class, and the violence these things sometimes bring, there is universal power in someone just speaking their truth. I’m just thankful that Alice Bag did it.”
– [E]coco Papy, Persephone Magazine

“While Bag’s story falls within the literary genre of music autobiography through its insider’s perspective of the early L.A. punk scene, the richness of this narrative is in its embodied, experiential telling of the complexities faced in forging an identity that did not exist.”
– Lori Rodriguez, My SA