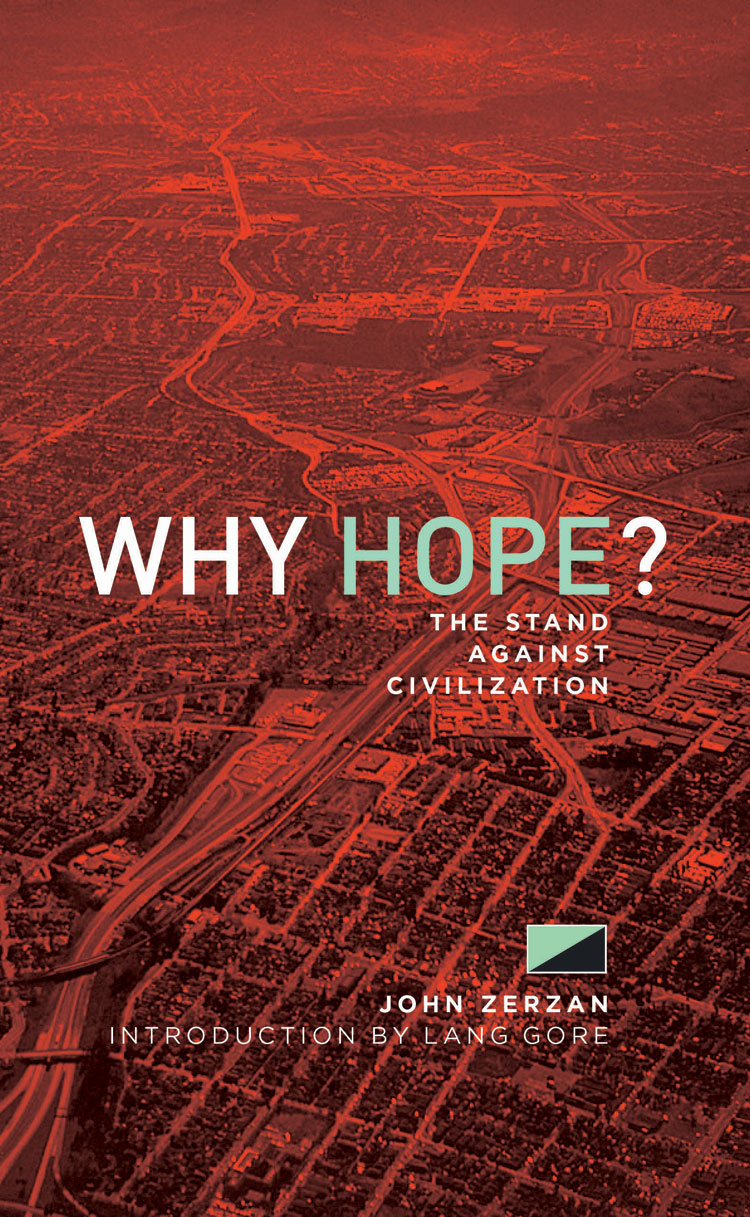 The Stand Against Civilization

The infamous eco-anarchist John Zerzan whose books have resulted in recent interviews by Vice and Believer magazines, checks in with further provocative articles about the chaotic results of civilization and technology.

“The present collection of essays continues the overarching thrust of John’s scholarship, unveiling the post-apocalyptic nature of our times by noting the apocalypse was yesterday, several thousand years ago, to be precise, and that nothing produced by civilization can ever redeem the systematic attempt it has undertaken these (very) few millennia to destroy or alienate any human connection with the earth.

“In fact, when civilized Europeans imposed themselves everywhere on Earth, they created a terminal crisis for themselves by their very contact with indigenous societies. Suddenly, those with eyes to see and ears to hear could recognize that patriarchy, property and authority, and certainly slavery, were neither necessary nor desirable, let alone determined by ‘human nature.'”