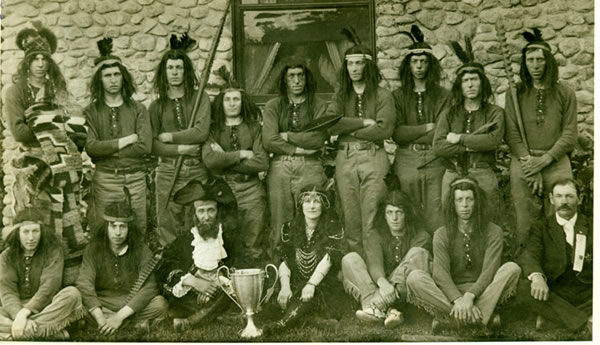 Red Men or no Red Men? 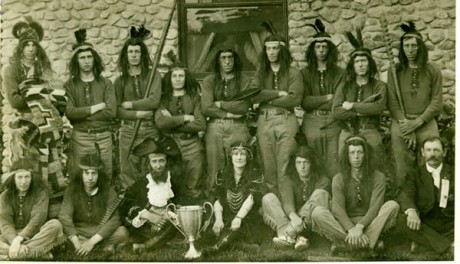 Now that Ritual America has returned from the printer, Feral Friday will in turn focus on our favorite bits of fraternal weirdness these coming weeks.

Pictured above is the Los Gatos, CA branch of The Improved Order of the Red Men in 1905… although these caucasians met as “tribes” in “wigwams” and costumed themselves as Indians, and often with feather headdresses, you won’t see any Native Americans in photographs.

Red men were not allowed to join The Improved Order of the Red Men, which was founded in 1834, until the 1970s.  The Freemasonic National Heritage Museum explains this exclusion as “a reaction to rising immigration to the United States.” http://nationalheritagemuseum.typepad.com/library_and_archives/improved-order-of-red-men/

The website of The National Heritage Museum fails to explain to us how Native Americans were imagined by exclusionary white Americans to be immigrants. But there was, of course, one quasi-Masonic Protestant Order famous for promoting anti-immigrant attitudes, and sometimes by way of the lynching rope: The Ku Klux Klan.

The Improved Order of the Red Men apparently started as a drinking club, and we can understand why meetings of a drinking club can be enhanced with cowboys and indians simulations.

Ritual America sniffs out the hidden and obscured realities of secret orders in American history, and it’s presented as a “Visual Guide” with more than 400 images you’ve likely never seen before.