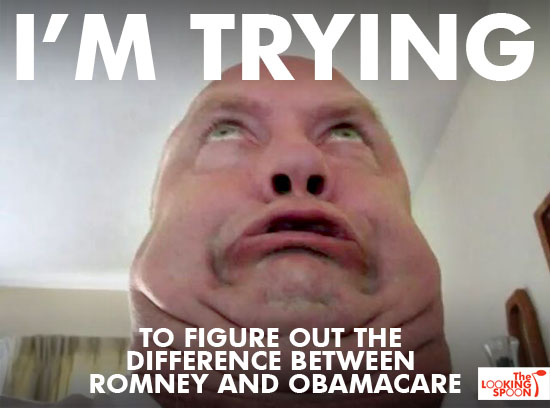 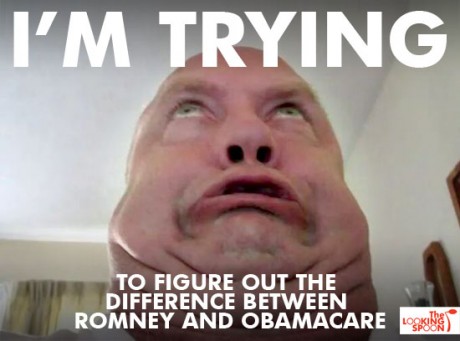 The Supremes, that vile collection of the creepy, pubic hair obsessed and mentally challenged have spoken. Obamacare presses forward.

The question is this: wtf is Obamacare or the Affordable Care Act? Is it really a program that compels all Americans to fill the mega-profitable buckets of health insurance? It’s damn close. See HERE.

The neo-con magazine American Spectator remarks that Romneycare is “the brainchild of Conservatism” … “in its requiring recipients of healthcare to pay for a service that they would have otherwise received for free…” http://spectator.org/archives/2012/02/15/obamacare-vs-romneycare-a-cruc/

But, then, how is Obamacare different from Romneycare? The American Spectator writer opines that difference is not the law itself but a super fear that the Kenyan Commie in charge is inching us all over towards “single-payer universal health coverage.” Yes, a freaking decade ago Obama remarked, “I see no reason why the United States of America …. cannot provide basic health insurance to everyone.” (Like every other country in the free world.” As writer Robert P. Kirchhoefer (a Washington D.C. attorney who worked in the banking and finance industries) fretted, “Obamacare was going to be European”! That’s right: no mixing Pommes Frites with our Freedom Fries!

Well, under the “Socialist” Obamacare, there is no single cost containment mechanism for the extortionate profiteering of the insurance and pharmaceutical industries.  The straw man continues to provide.

If health care does implode further, it makes sense to pick up your copy of Dr. Gerard Doyle’s When There Is No Doctor from our Process Media self-reliance series.