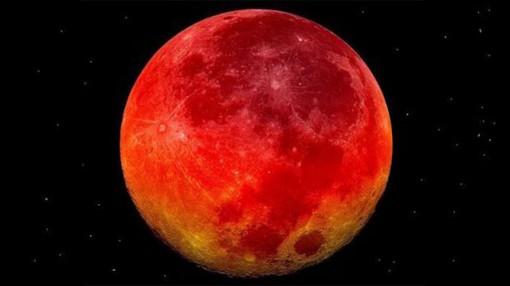 What an outstanding sight out here on the Olympic Peninsula in the great Pacific Northwest. A dark red moon, the Satanic blood red moon, and I was able to see it, though suffused through passing clouds.
Earlier that evening I was reading about apocalyptic portents, though not the one promoted by fat pastor John Hagee in his Second Coming come-on Four Blood Moons. The apocalyptic notions I read were posted on Facebook by atheists deep in the throes of paranoid crises. They were discussing the termination of their race, government lies about the ebola crisis, financial insanity on the verge of putting down the entire world, berserk police actions bringing on major riots, insidious corporations despoiling all our food, and last but not least, climate control silenced by the media and paid tools. It’s as if everyone on earth has turned into pastor John Hagee.
Thirty years ago I put together the contents for Apocalypse Culture, which later became somewhat influential… I think it had to do with recognizing the presence of insane ideas intentionally ignored or dismissed by the society’s titans and papers of record. A decade and a half later came Apocalypse Culture II, which I was incapable of keeping in print due to the refusal of printers to print the damn thing. Some people continue to ask when we’ll be doing a new version of Apocalypse Culture… I put the request aside as I just didn’t see the need… The time didn’t seem right.
But now I must admit that I saw this recent blood red moon as a deadly portent: the culture has undoubtedly gone full barking mad, and no better reason to do another edition of Apocalypse Culture. The society is going insane, and though people are worried that things are not right, they are reluctant to recognize the ideas that are bringing the newest apocalyptic environment.
Today I invite people to suggest ideas for, or forward me their own possible contributions to an Apocalypse Culture III, at info@feralhouse.com.
I’d also like to remind readers of a new release, a revised and expanded version of The Secret Life of a Satanist by Blanche Barton, a book that contains new images and new chapters. Is it strange to say that I feel blessed for knowing Anton LaVey, and publishing his work? But so it is. 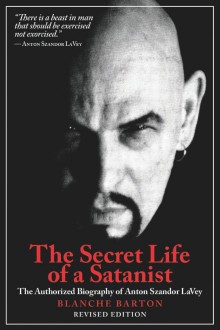 Secret Life of a Satanist cover