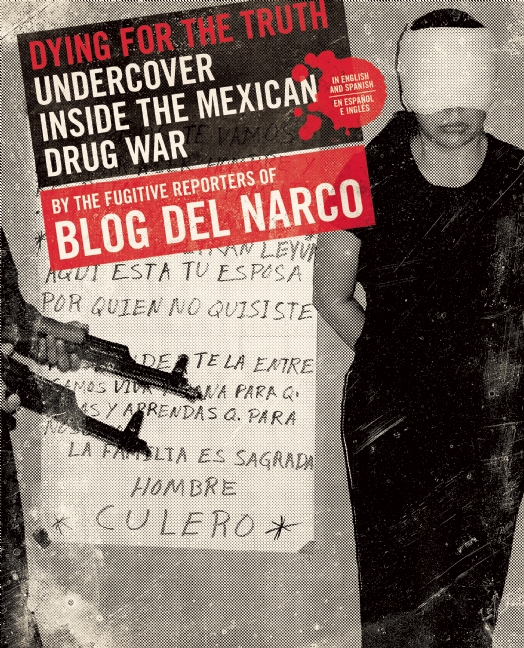 The Art of Narco Terror 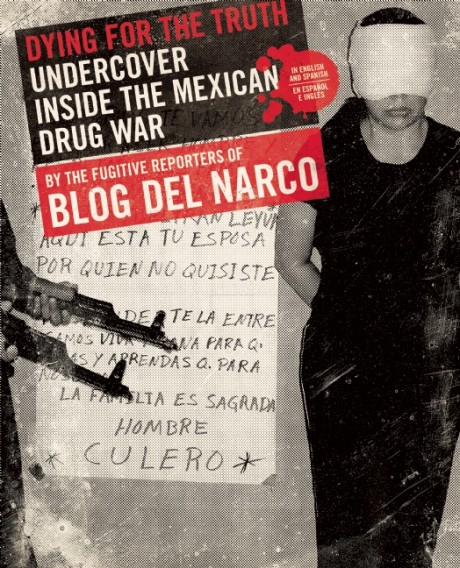 A very disturbing project came to me from a successful writer who wishes to remain anonymous and who ordinarily publishes through a large New York publishing house. In this case, the NY house refused to print it, and he wondered whether Feral House would do so.

Though we had in the past published Muerte, a gruesome collection of Mexico’s police magazines, I had never seen such a sickening book in my life: the photo-enhanced version of one of the most traveled blogs in Mexico: BlogDelNarco.com … except in this one the images are large, and the text in the Feral House edition was translated into English as well as in its original Spanish. One hears of the crime South of the border, but I didn’t really have a clue about the intensity of this mass slaughter.

In the United States, murderers are not usually given to artful arrangement of decapitated heads, arms, hands, legs, and genitals. Or the manner of manipulating the eyeballs of skinned heads. And arranging philosophical and threatening Sharpie messages around the victims. The intensity of the horror, the cheapness of life revealing a multitude of psychopaths, country wide.

How has all this been so successfully hidden from the American public? Is it due to the travel industry, or the dull and closeted vision of the media industry at large? Or perhaps you’re glad to be protected from these awful visions? How many bookstores will even carry this book, Dying For the Truth?

Must we protect ourselves from the truth of life? How do we protect children, at least the ones who don’t attend Newtown Elementary School, from such images? Every book is wrapped with a “belly band,” designed like a police tape, warning of the grotesqueries within.

But all non-ostriches should know what’s going on in this world as unpleasant as it might be. That’s the Feral way.

Dying For the Truth will be available, from us at least, in late March.