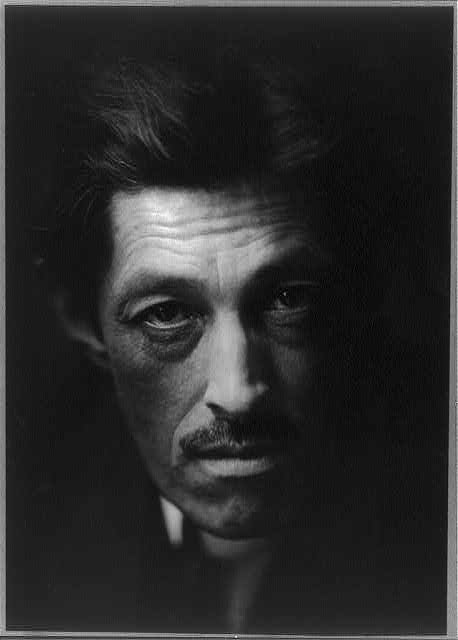 Will Amato, god bless him, provided crucial documents to the Feral House book, Lexicon Devil, about Darby Crash and the strange elemental days of LA punk rock. That material consisted of a yearbook to the bizarre, influential alternative program of West LA’s University High School called “IPS”, an odd Scientology/EST program that formatively influenced Germs performers Pat Smear and Darby Crash, and also a couple women who later figured largely in my own life.

Today Will posted in Facebook a link to a well-written Believer magazine article about a strange scoundrel, Sadakichi Hartmann, a photogenic German/Japanese crossbreed, a poet and playwright known for being among the first Westerners to write books about Asian art, and providing a new technical innovation known as photography the status of being an art form. This is the Believer article in question.

The Believer magazine’s  author wrote that Sadakichi Hartmann was a friend of the notorious drunk/author John Barrymore, but that’s not all. Hartmann became the iconic buddy of the Hollywood drinking group known as The Bundy Drive Boys, subject of the Feral House book, The Hollywood Hellfire Club, whose cover was drawn by Drew Friedman.

The Bundy Drive Boys loved Sadakichi Hartmann for his iconic weirdness, though he was also hated by the group’s W.C. Fields for being a moocher. The Believer article noted Ezra Pound’s tribute to Hartmann in his Cantos. John Decker, the remarkable portraitist and host of wild Bundy Drive parties, executed a marvelous oversized painting of Sadakichi, now owned by Hollywood Hellfire Club’sco-author Bill Nelson. The Believer article also mentions the strange Sadakichi Hartmann art project pilloreid by New York Times art critics in which a 1905 audience was subjected to a brief concert suffused with perfumes fanned across the audience. I am now the proud owner of the perfume concert’s notebook, annotated by Mr. Hartmann.

The perfume concert was a big fail but also a memorable attempt at greatness.