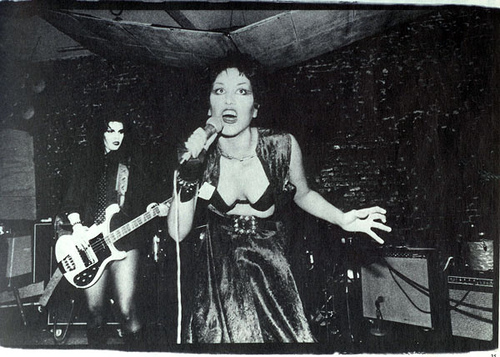 Season of the Violent Women 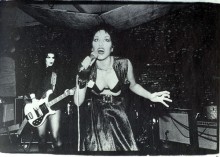 Hey boys, so you can bench press a few hundred pounds. So fucking what.

Underestimate at your peril the bitch power of women as they create and destroy while your head hangs among many others in their necklace.

One is called Violence Girl, and written by none other than Alice Bag, who formed and participated in early punk rock bands known as The Bags and Castration Squad. Yes, Castration Squad. Those were the days when your clothing brought on violent attacks and 300 pound cops were herded into small clubs to shut down the show. This was a time of total self-invention and near-total confusion. It was a time when women were no longer paraded around as a girlfriend and created bands that pissed everyone off. This was a psychedelic time of liberation and intimidation. A time of payback against a vapid and meaningless Ronald Reagan kultur, even if it only meant parading up and down Hollywood Boulevard in pee-stained underwear and paper shopping bags on one’s head.

Alice Bag imported herself to Hollywood from her cholo homeland a few miles east, a cultural divide as big as the state of Mexico.

Alice’s book contains the real story of the time, along with reproductions of her collection of images.

Read more about Violence Girl here. And it’s coming back from the printer in mere days.

Then there’s another kind of Violence Girl: Whitney Robinson’s remarkable memoir, Demons in the Age of Light, described how a demon that crawled into her brain nearly convinced her to slaughter innocents. Read how Whitney bootstrapped herself into what psychiatrists considered normality, though she had forsaken the medicative cure.

Whitney’s power is a remarkable thing, and bloody well written, too. We’ve got the book. Get your copy before it’s sold out.